Candles4Assange is a worldwide action, initiated from Alex Hills from Wellington in New Zealand.

#Candles4Assange: STOP THE WAR ON JOURNALISM

Last year #FreeAssangeNZ produced a viral image of NZ parliament with candles spelling out FREE ASSANGE on Julian's birthday. This year Wellington invited the world to a global birthday vigil #Candles4Assange 3 July 2019 & a whopping 62 CITIES across six continents, took part in the solidarity action! It was an overwhelming & heartwarming response plus the movement had over 100 million hashtag impressions in a few short weeks!

In Wellington, LED candles donated by NZ investigative journalist - Nicky Hager - spelled-out the #Candles4Assange hashtag, laid on the lawn opposite the US Embassy and the events in New Zealand that day kicked off global actions in 25 countries in support of Julian Assange.

Candles4Assange now arrange global solidarity actions and provide resources and networking for activists as well as protest / vigil / social media campaign listings and maps. An ongoing Candles campaign which has been held on a weekly basis in Germany and fortnightly or monthly basis elsewhere - #EternalFlame involves a peaceful US embassy-watch (Mexico City / Berlin / Dusseldorf / Athens / Canberra / Auckland). We plan on extending this activist network as much as possible to support the above actions generated from London JA supporters such as @JA_Defence.

Award winning journalist and six times Nobel Peace Prize nominee Julian Assange, faces a US extradition indictment in UK Court where rule of law seems to have broken down and the judge seems to be thoroughly intertwined within the military complex. Julian spent his last eight birthdays in arbitrary detention (U.N. ruling) and is now imprisoned unlawfully, in solitary confinement within a high security max prison in London. According to friends family and lawyers his life is in grave imminent danger.

Nils Melzer, the UN Special Rapporteur on torture says persecution of Assange must stop! Melzer outlined the facts of Assange's innocence in respect to all charges and allegations.

“In the end it finally dawned on me that I had been blinded by propaganda, and that Assange had been systematically slandered to divert attention from the crimes he exposed. Once he had been dehumanized through isolation, ridicule and shame, just like the witches we used to burn at the stake, it was easy to deprive him of his most fundamental rights without provoking public outrage worldwide. And thus, a legal precedent is being set, through the backdoor of our own complacency, which in the future can and will be applied just as well to disclosures by The Guardian, the New York Times and ABC News.”

Journalism, particularly honest investigative journalism that reports on the big issues is under attack in Western nations including our close neighbour Australia whose citizen is Wikileaks editor Julian Assange.

#Candles4Assange challenges media and journalism professionals to condemn the UK and US Government's conspiracy to deny freedom to Wikileaks publisher Julian Assange. Legacy media have been missing in action on this matter for far too long.

Impressions from some demonstrations 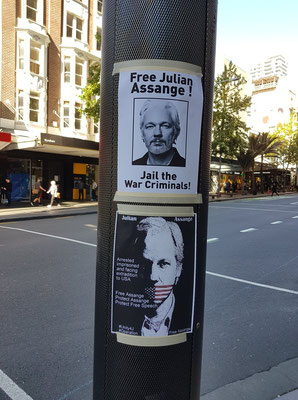 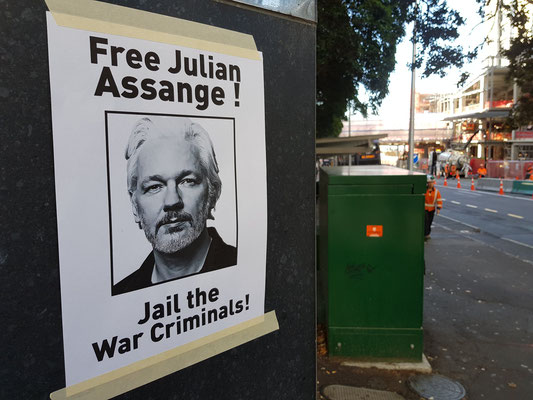 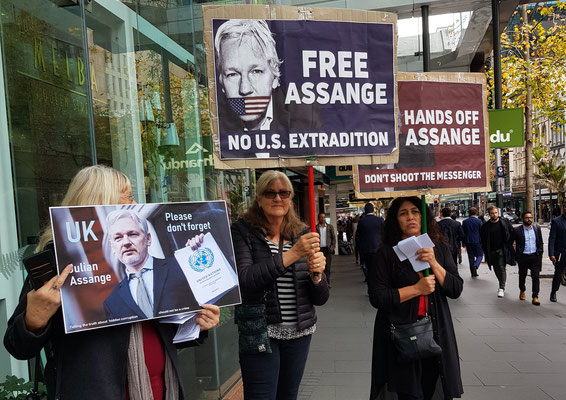 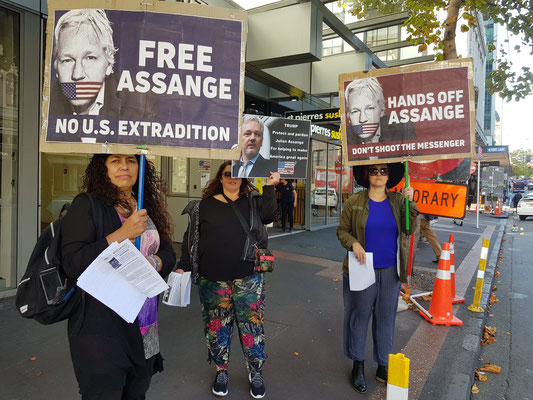 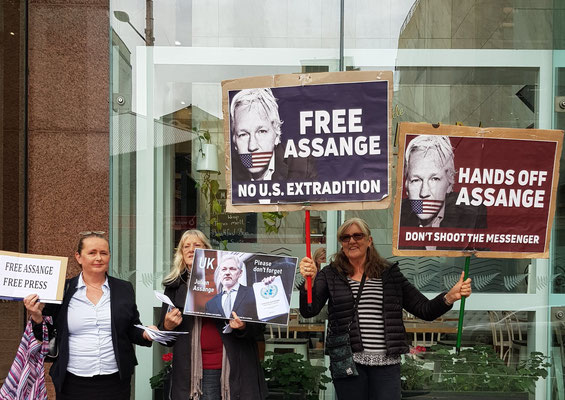 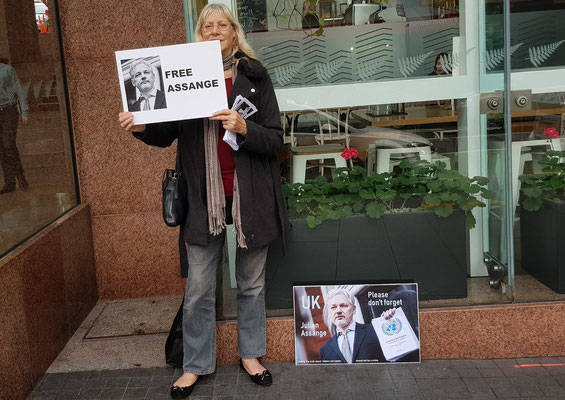 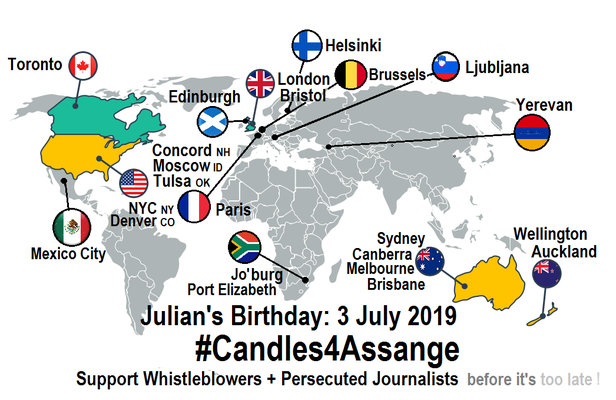 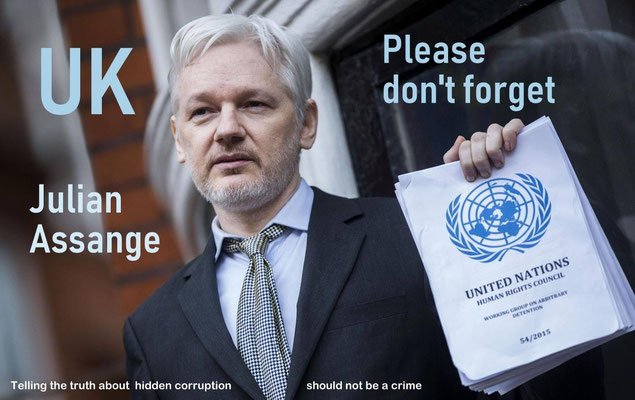 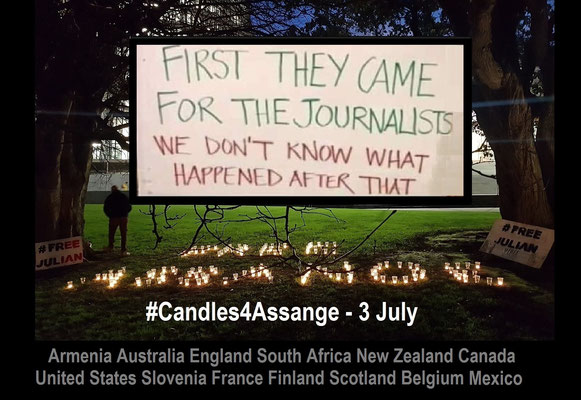 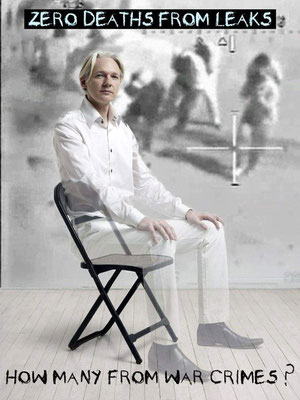 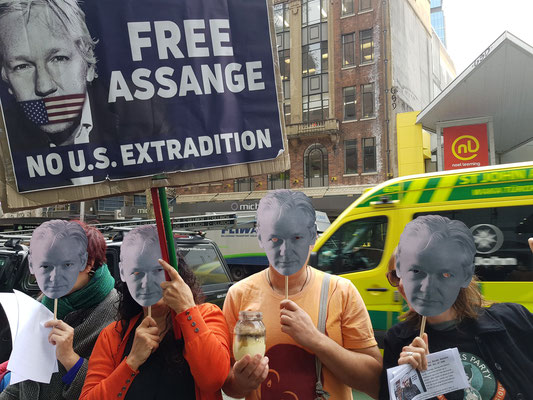 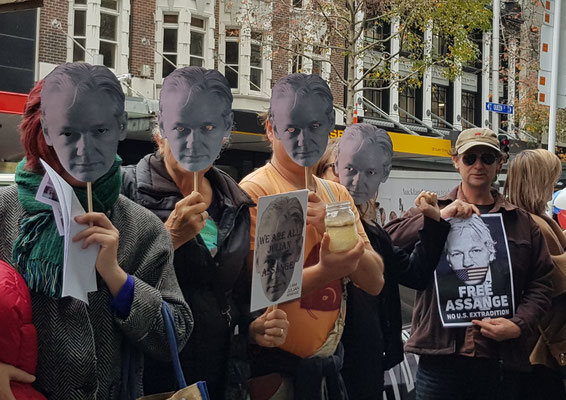 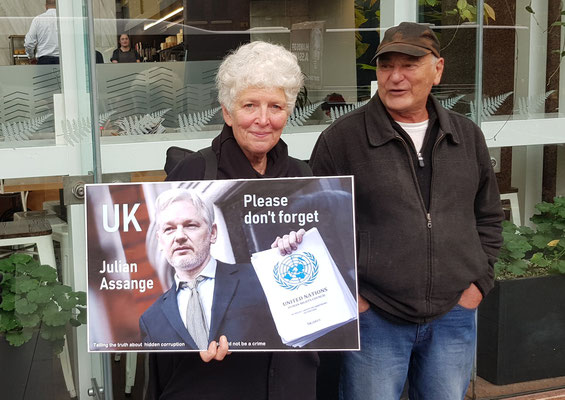 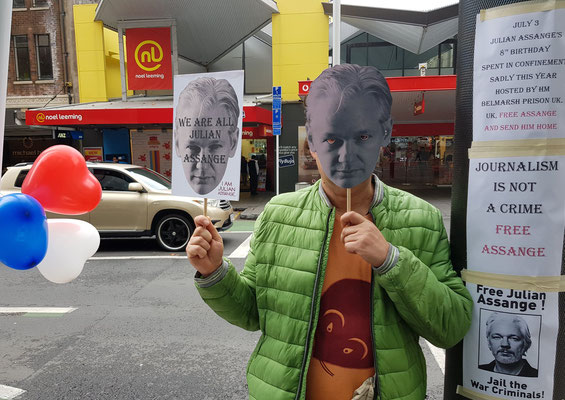 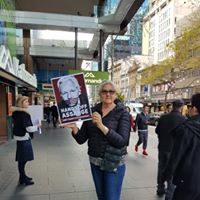 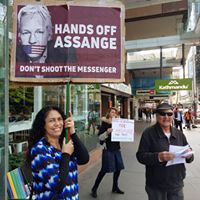 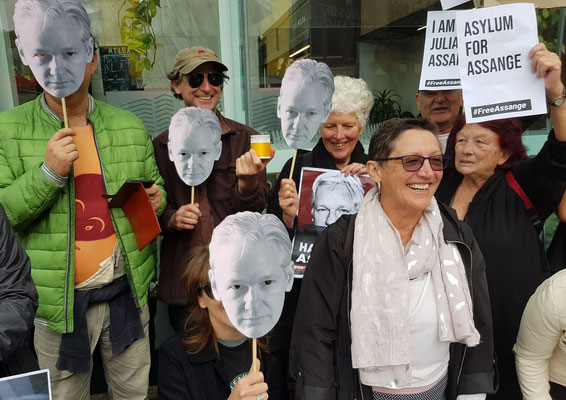 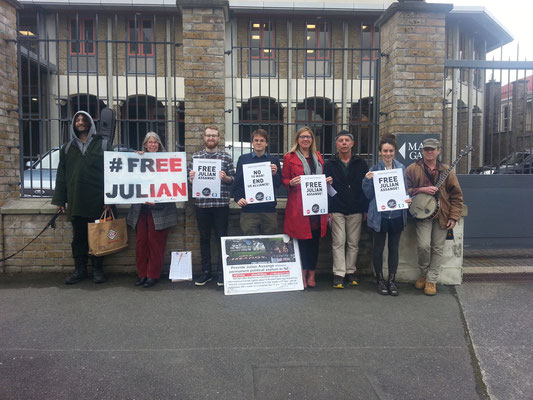 We Are Millions - Fotokampagne - Vorlage PDF-Download

Stop the WAR in Yemen & US-Kriege

02.05.2018, Berlin: Diskussion: Eröffnung des Kamingesprächs mit Chelsea Manning. Es sprechen: Chelsea Manning, Theresa Züger, Geraldine de Bastion. The re: publica is a the worldwide to the topics of the digital society and find in this year vom 02. bis 04. Mai in the STATION-Berlin statt. Foto: Gregor Fischer